judgment as a matter of law

Subscribe to judgment as a matter of law's Posts

Half-Baked Case: No Misappropriation or False Advertising Given Over-Broad Allegations

By Paul Devinsky on Mar 31, 2022
Posted In Trade Secrets, Trademarks

The US Court of Appeals for the Tenth Circuit affirmed a district court’s grant of summary judgment in favor of a defendant baker on a trade dress infringement claim and reversed the district court’s denial of the defendant baker’s motions for judgment as a matter of law on trade secrets misappropriation and false advertising claims. Bimbo Bakeries USA, Inc. v. Sycamore, Case Nos. 18-4062; -4031; -4040 (10th Cir. Mar. 18, 2022) (Hartz, Phillips, Eid, JJ.)

Bimbo Bakeries, U.S. Bakery and Sycamore appealed. Bimbo Bakeries argued that the district court should not have granted U.S. Bakery summary judgment on its trade dress infringement claim and should not have remitted damages for the false advertising claim. U.S. Bakery and Sycamore argued that the district court should have granted their renewed motions for judgment as a matter of law for the trade secrets misappropriation and false advertising claims. 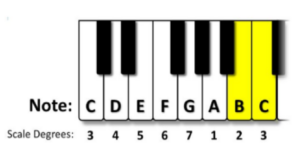 The Ninth Circuit began with its [...]

The US Court of Appeals for the Federal Circuit reversed a district court’s finding of liability for infringement that occurred prior to the filing of the action, explaining that notwithstanding the defendant’ admission that it was aware of the asserted patent, the actual notice requirement of § 287(a) is only satisfied when the recipient is informed of the identity of the patent and the activity that is believed to be an infringement. Lubby Holdings LLC v. Chung, Case No. 19-2286 (Fed. Cir. Sept. 1, 2021) (Dyk, J.) (Newman, J., dissenting in part).

Lubby Holdings sued Henry Chung for infringement of its patent relating to leak-resistant vaping products. Lubby sought damages for alleged pre-filing sales based on alleged compliance with the marking requirement of § 287. Chung raised the issue of whether Lubby’s products were properly marked as required by § 287(a), pointing to one of Lubby’s products as an example. At trial, Chung moved for judgment as a matter of law (JMOL) under Fed. R. Civ. Pro. 50(a), arguing that Lubby did not meet its burden to show that it complied with the § 287 marking requirement. The jury ultimately found Chung liable for direct infringement and awarded Lubby almost $900,000. Chung renewed his motion for JMOL under Rule 50(b) and moved for a new trial under Rule 59(a). After both motions were denied, Chung appealed.

Chung argued that there was no evidence that Lubby complied with the marking or notice requirements of § 287. Lubby argued that Chung did not meet his initial burden to point to products that were sold unmarked.

The Federal Circuit explained that under § 287(a), a patentee must properly mark its articles that practice its own invention, or the patentee is not entitled to damages for patent infringement that occurred before “actual notice” was given to an alleged infringer. The Court noted that once Chung met the “low bar” burden bar under Artic Cat to “articulate the products he believed were unmarked patented articles, the burden of proving compliance with the marking requirement is on the patentee.” The Court explained that Chung met this burden by specifically pointing to Lubby’s J-Pen Starter Kit. The Court continued that the burden shifted to Lubby, and Lubby failed to present any evidence that its products were properly marked or that its products did not practice its invention. As a result, Lubby could only recover damages for the period after Chung was provided with “actual notice.”

The Federal Circuit explained that actual notice under § 287(a) requires that the recipient be informed “of the identity of the patent and the activity that is believe to be an infringement, accompanied by a proposal to abate the infringement.” The Court further explained that it is irrelevant whether the defendant knew of the patent or knew of its own infringement. As applied to this case, the Court found that it was not relevant that Lubby told Chung that he could not use the patented technology, or that Chung [...]